With a growing population and economic development, it is expected that water demands will increase significantly in the future, especially in developing regions. At the same time, climate change is expected to alter spatial patterns of precipitation and temperature and will have regional to localized impacts on water availability. Thus, it is important to assess water demand, water supply and environmental needs over time to identify the populations and locations that will be most affected by these changes linked to water scarcity, droughts and floods. The Community Water Model will be designed for this purpose in that they include an accounting of how future water demands will evolve in response to socioeconomic change and how water availability will change in response to climate.

CWatM will represent one of the new key elements of the WAT program going forward and increasing the innovative niche of the work. We will use and develop the model to work at both global and regional (basin) level. The configuration of the model is open source and community-driven to promote our work amongst the wider water community and is flexible enough to introduce further planned developments such as water quality and hydro-economy.

Our vision for the short to medium term work of the group is to introduce water quality (i.e., salinization in deltas and eutrophication associated with mega cities) into the community model and to consider how to include a qualitative/quantitative measure of transboundary river and groundwater governance into a scenario and modelling framework. 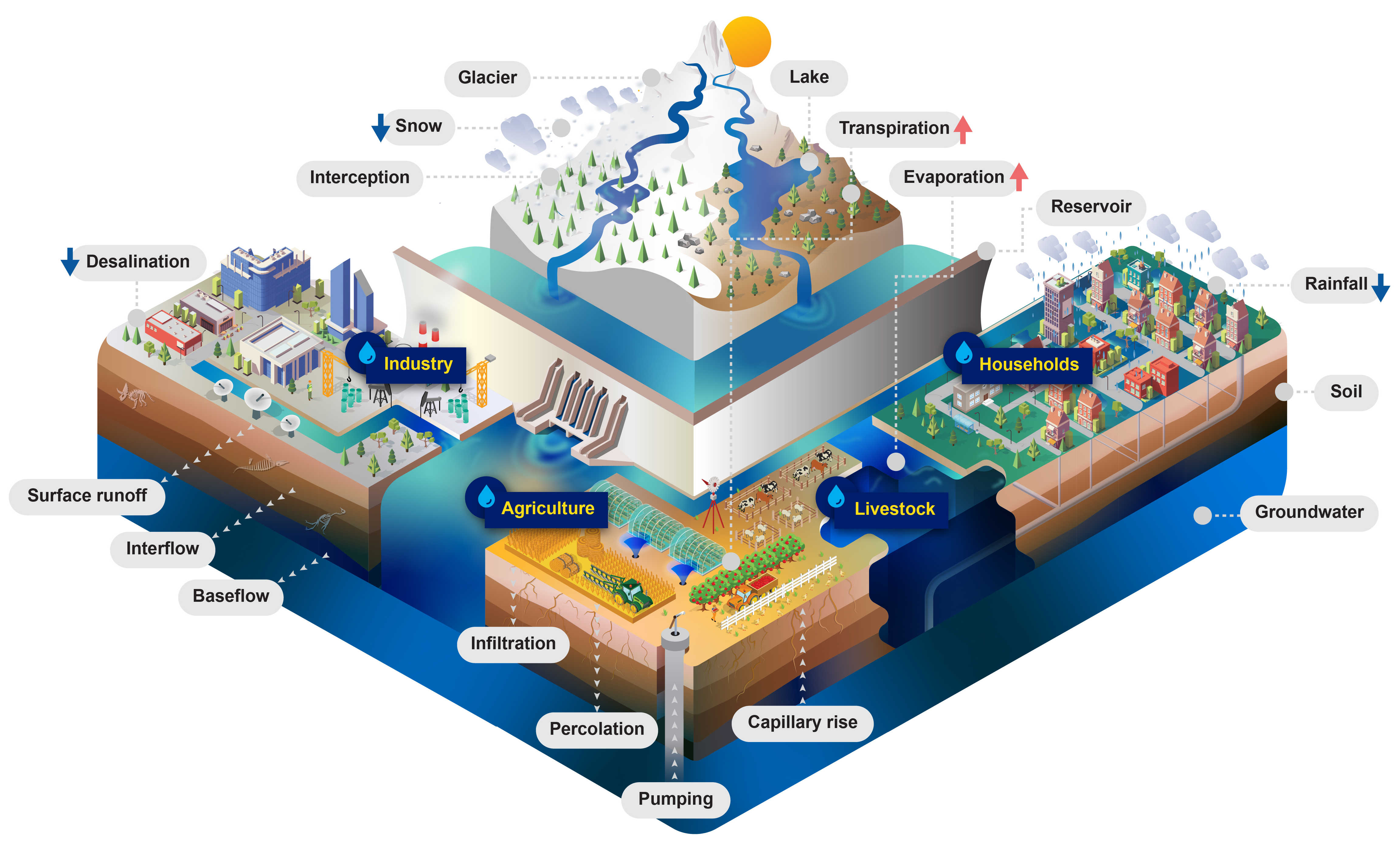 The development of CWatM is supported by financial support from the Austrian Research Promotion Agency (FFG) under the FUSE project funded by the Belmont Forum Urbanisation Global Initiative (SUGI)/Food–Water–Energy Nexus theme for which coordination was supported by the US National Science Foundation under grant ICER/EAR-1829999 to Stanford University (Grant Agreement: 730254), EUCP (European Climate Prediction System) project funded by the European Union under Horizon 2020 (Grant Agreement: 776613), and CO-MICC project (Project No: 863633) which is part of ERA4CS, an ERA-NET initiated by JPI Climate with co-funding by the European Union and the Austrian Federal Ministry of Science, Research and Economy (BMWFW).